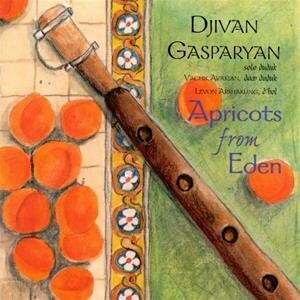 Billboard "Honors on this instrument go to master duduk player Djivan Gasparyan." The duduk is one of the oldest wind instruments in the world, dating back to Armenia's pre-Christian times. Djivan Gasparyan is the foremost living duduk virtuoso, having received four Gold Medals in UNESCO's worldwide competitions.

The mellow and haunting sound of the duduk gained international popularity after it was featured on Peter Gabriel's soundtrack to The Last Temptation of Christ.

Fans of Gasparyan's solo recordings will be astonished to hear Apricots from Eden, his first recording of rhythmic folk dances from Armenia accompanied by other duduks and the Armenian folk drum (d'hol). This recording highlights Gasparyan's virtuosity in a surprisingly different and exciting way. Digital Audiophile Series.

Djivan Gasparyan Djivan Gasparyan was born in Solag, a village just outside the capital city of Yerevan, Armenia. He began teaching himself the duduk at age six, gaining much of his knowledge by listening to the old masters. In 1948, he joined the Tatool Altounian National Song and Dance Ensemble and also had his first professional engagement as a soloist with the Yerevan Philharmonic Orchestra. Gasparyan's duduk repertoire is primarily comprised of traditional Armenian folk songs though he has composed original songs based on the poetry of Vahan Derian. Gasparyan's other accomplishments include four Gold Medals awarded to him in the world-wide competitions organized by UNESCO. He has toured extensively throughout Europe and Asia, the Middle East, and the United States.

In addition, Gasparyan is the only musician to be given the honorary title of People's Artist of Armenia which he received in 1973 from the Armenian Government. Gasparyan's exposure to western audiences escalated after the film sound-track of Peter Gabriel's The Last Temptation of Christ incorporated the duduk with classical-rock musical idioms. Since then, Gasparyan has provided the duduk soundtrack for the movie, The Russian House, and for the cable television production, Storm and Sorrow. In addition, Gasparyan has performed with the Kronos Quartet, the Los Angeles Philharmonic Orchestra, and in concerts sponsored by the World Music Institute in New York City. He is presented here performing Armenian folk songs and melodies from Armenia's ancient Pagan and Christian traditions.

The duduk is a cylindrical wooden flute of Armenia. Western scholars trace its existence back 1500 years though Soviet Armenian musicologists have found evidence dating the instrument as far back as 1200 BC. Its range is only one octave, however, it requires considerable skill to play, its dynamics controlled by constantly adjusting the lips and fingers. It has eight finger holes and one thumb hole. In Armenia, the duduk is always made of apricot root and is built in three sizes. The smallest is 28 cm long, with a reed 9 cm long: the medium-sized model is about 33 cm with a 12 cm reed: and the largest measures 40 cm with a 14 cm reed. The tuning is basically untempered and diatonic, though chromatic notes may be obtained by partially covering the finger holes. The instrument requires a specific type of double reed categorized as a split or slit-tube reed.

In Armenian, the cane used to make the duduk reed is referred to as "ramish" or "yegheg" and grows abundantly along the Arax River. The duduk has a warm, soft, slightly nasal timbre and is used in both folk songs and dance music. At least two players are used together, the second instrument holding a tonic drone called the dam; its player is called the damkash.

The complete album is available for purchase from our partner, Traditional Crossroads Music. 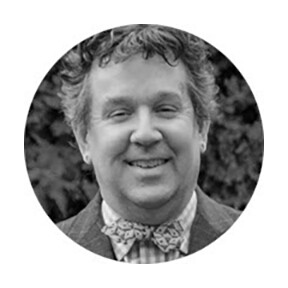